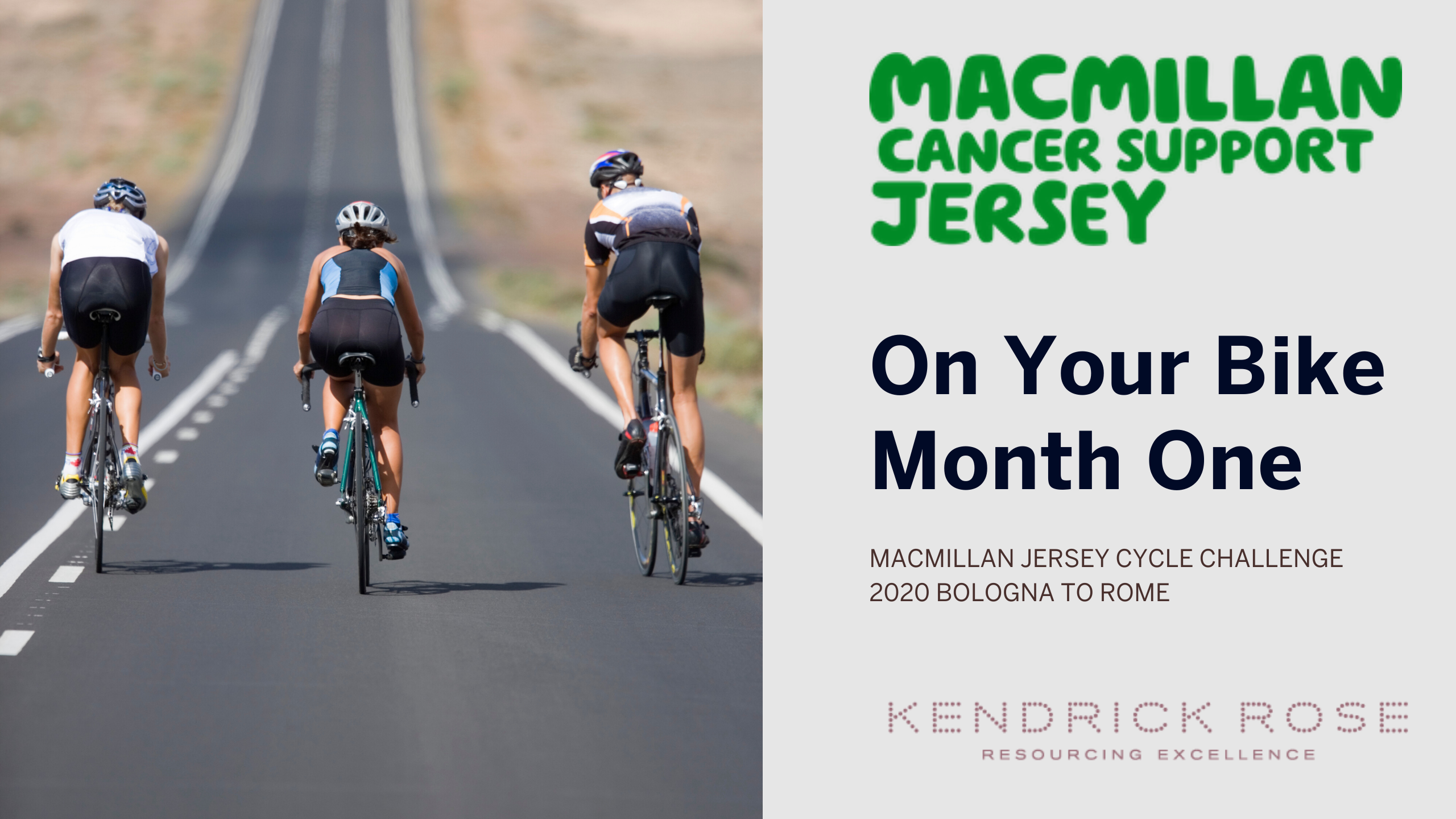 In September, Kendrick Rose’s Managing Director, Shelley Kendrick, will be taking part in the Macmillan Cycle Challenge 2020 from Bologna to Rome. The event, which is sponsored by Investec, will see 50 Island cyclists tackle the hills of Tuscany to raise funds for Macmillan Jersey. Some are experienced cyclists who have completed thousands of miles in the saddle, others, like Shelley, will be preparing to peddle for the first time.

I’ve hardly ridden a bike since I was at school. The idea of riding on a road near cars terrifies me. And, to be honest, after 10 years spending a lot more time in the office than the gym, I’m probably not as fit as I should be.

But now we’re well into January. The deal has been done. I’ve signed up, committed, and even started buying the kit.

I went for my first ‘bicycle fitting’ with Tony at Big Maggy’s, -it’s a scientific adventure! Measurements for my ‘reach’ and ‘pedal length’ reveal I have surprisingly long legs … and a whole new language to learn

Tony needs to assess my measurements to ensure I get the correctly fitted bike with a 42 cassette. And there’s me thinking tapes went out ages ago and streaming was the in thing!

Anyway, the machine is just the start. There’s the rest of the ‘kit’ to consider: warm vest, waterproof jacket, neoprene gloves, cycle socks, cycle shoes to go in the clips (clips??), and over shoe bootees, helmet, bib leggings with ‘extra cushioned seat’, and finally – the cream. The last time I used cream on a bottom was when my daughter was a baby with nappy rash.

If I knew that in my fifties, I was going to be rubbing cream daily on myself to avoid saddle sores, then would I have signed up? Hmmm. The bike has been ordered, and the most comfortable kit planned but I think it’s still going to be a very painful journey!

Check out the blog next month to find out how Shelley is getting on.

If you would like to sponsor Shelley in raising funds for Macmillan Jersey, please donate HERE