Over 90% of Islanders think Jersey workers should get more holidays 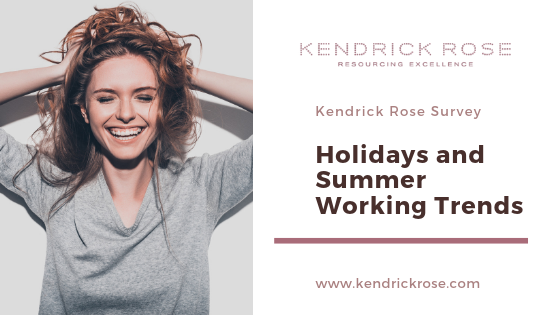 Over 90% of Islanders surveyed think Jersey workers should get more statutory leave. The legal minimum holiday entitlement for full time workers in the Island is currently two weeks, plus eight or nine days of bank and public holidays depending whether Liberation Day falls on a working day.

The survey looked at leave entitlements of people working in Jersey across a range of professions, from finance, to professional services, legal, HR and recruitment, marketing and media, and the public sector.

If given a bonus, 58% would take an extra week’s leave while 42% would prefer an extra week’s pay. 66% of people think their employers are sufficiently flexible in terms of holiday leave, with 72% of workers surveyed saying they can buy extra leave, take unpaid leave, or carry over extra leave.

Life admin, looking after relatives, moving to a new house, and looking after children outside school holidays eats up leave too. 36% of people use up to 25% of their leave for non-leisure activities, 16% use up to 50%, and 10% use more than 75%.

In Italy, workers get up to 104 hours leave a year for personal tasks such as going to the bank or taking a child to the doctor, in addition to 32 days’ statutory leave, a stark contrast to America, where employers have no obligation to offer any leave.

Jersey workers also support trying ‘unlimited leave’ – a concept which began with tech firms in America, where employees may take as much leave as they want so long as they get their job done. 84% of Islanders would be open to trying ‘unlimited leave’ with the greatest supporters in law, professional services, HR, and the public sector. People working in marketing and media were the least keen on this concept, with a third of those surveyed saying they would prefer to stick with the status quo.

The Kendrick Rose survey found significant differences between industries for certain questions. If given a choice for a bonus, people in law were most likely to opt for an extra week’s holiday (71%), while people in marketing and media would take the cash (83%).

People working in marketing and media or in HR and recruitment have the most flexible employers – with 100% of those surveyed saying they thought their employer was sufficiently flexible, compared to just 58% of public sector workers.

Jersey’s Employment Forum is set to conduct a review into statutory leave in the Island later this year after it has emerged UK holiday entitlement outstrips Jersey’s by up to 10 days a year.

Shelley Kendrick, Managing Director, Kendrick Rose, said: “Different sectors in Jersey may not offer vastly different levels of holiday, but our survey highlighted how employees feel differences in flexibility around leave quite markedly. For example, people in the public sector may not have significantly less holiday than people in marketing or HR, but they perceive their employer as being a lot less flexible.

“Employers in Jersey who don’t already offer staff the possibility of buying more leave, carrying over leave, or taking unpaid leave, may find it harder to attract or retain talent if other organisations are giving them more flexibility. And while employers in sectors such as law, or professional services may be able to compensate staff through better pay, the public sector may struggle.”