Work, commute, sleep - a phrase that summarises life enslaved to a job. Japan had its ‘salary men’, the execs in suits who spent more time in their office than at home. America had a generation who believed ‘breakfast is for wimps’, who eschewed days off for coffee drips, sanity for a bonus. And Britain had its trainlines to suburbia, the career ladder dreams, where every promotion led to a bigger house or at least a new set of cushion covers.

Baby Boomers created the format; peace and prosperity a viable alternative to the global wars that raged before their birth.

Millennials who graduated just after the last recession hit the employment market running, prepared for lean firms and meagre salaries, easing into rewards if they came. But questioning when they didn’t.

And it’s this generation – the millennials who hawked their souls into education debt – who are no longer prepared to accept a life of crammed commutes and rigid hours.

Together with Generation Z – the youngest entrants to the workforce – millennials are putting pressure on firms to expand flexible working to achieve a better work life balance; or are rejecting the traditional office environment all together.

Advance of the freelance

Freelancing or remote working is becoming increasingly popular. According to Mercer’s 2019 Global Trends Report, 82% of workers surveyed would be willing to consider working on a freelance basis and 79% of executives believe freelancers will substantially replace full time workers over the next few years.

Figures from the Association of Independent Professionals and the Self Employed (IPSE) show freelancers make up 6% of the UK workforce, however, numbers are rising fastest among specific demographics.

With freelance businesses potentially contributing over £130 billion to the UK economy (4% of output in 2016), something that is generally achieved on a lower cost basis than through employed staff, a rise in freelancing could potentially benefit the economy.

Is freelancing the right model for the future? Tech forward firms such as Google or ASOS already source up to 50% of their UK workforce from freelancers, and where disruptors lead, companies that wish to remain competitive tend to follow.

One of the biggest drivers for change is a greater desire for a better work life balance, and an expectation this can, and should, be achieved.

54% of employees surveyed by Mercer said managing their work life balance was one of the top five things a company could do to help them enjoy their jobs.

Research by the CIPD (Chartered Institute for Personnel and Development) identified a poor work life balance as a major issue for improving job quality. The UK Working Lives Survey found 60% of British workers surveyed work longer hours than they want, with 24% working over 10 hours more a week than their contracted hours.

Flexible working is one solution. According to the CIPD report, 78% of people who can work flexibly say flexible working has a positive impact on their quality of life.

However, a meaningful level of flexible working is still beyond the reach of many employees, with 68% of those surveyed wanting to work flexibly in a way that is currently not permitted.

According to the World Economic Forum, the fourth industrial revolution will be a digital revolution with technology enabling people to participate in the work that best suits their skills, wherever they are in the world.

Services such as Office 365, Skype, and Slack allow people to collaborate on projects, edit documents, and communicate as easily from a remote location as from the same office, opening opportunities to people who don’t live near a company’s HQ.

Research by Stanford University found remote workers were happier and less likely to resign than office-based workers and could be more productive too. A study of travel call centre workers found those who chose to work from home completed 13.5% more calls than their office-based colleagues.

Researchers attributed the rise in productivity to workers at home enjoying a quieter environment with fewer distractions, people starting earlier because they were not delayed by a commute, and not taking so many days off sick.

As Gen Z enters the workplace, organisations may struggle to convince people who have grown up doing everything at any time of day on a smart phone, that they need to work from an office during set hours.

Should Jersey resist or encourage the end of 9-5?

In the 10 years we have been running a recruitment agency in Jersey we have seen a growth in the number of people who would like to work flexible hours, and an increase in the number of organisations facing challenges filling roles.

As a small island with an inelastic working population, organisations in Jersey often find themselves chasing the same talent, with those who can pay the most, or offer the best overall working experience securing that talent.

9-5 may remain the best model for many firms, but those who are open to significantly more flexible working patterns, and who are prepared to embrace a better mixture of freelance workers and employees, will have their pick of the best talent.

Share your views of the future of working in Jersey in our latest survey.

If you’re looking for a new role in Jersey with one of the most forward-thinking firms in the island, please get in touch. 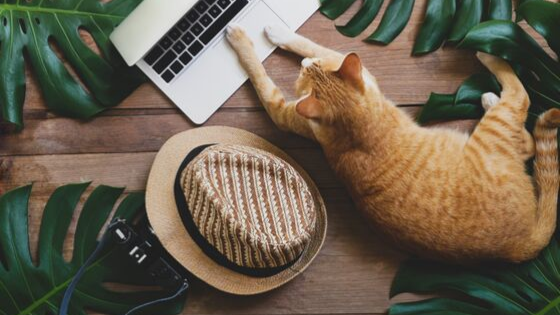 "9-5 may remain the best model for many firms, but those who are open to significantly more flexible working patterns, and who are prepared to embrace a better mixture of freelance workers and employees, will have their pick of the best talent." - Shelley Kendrick, Managing Director, Kendrick Rose