Recruiting for the Intergenerational Workplace 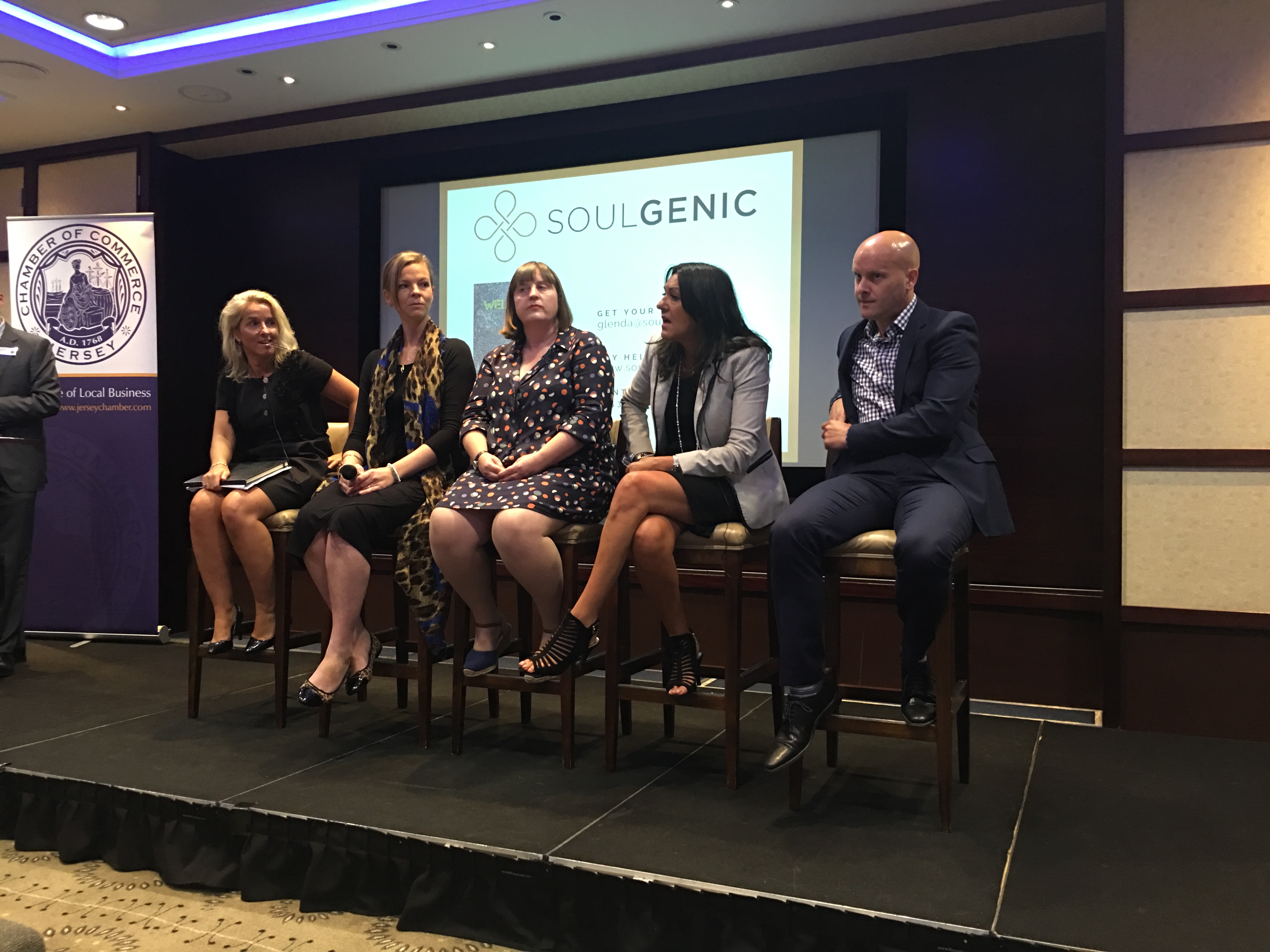 How employers can attract the workforce of the future

Millennials and over 60s, Generation X and Generation Z will all make up the workforce of the future. As the proportions of each generation shift, places where we work, and the recruitment practices we use to attract the best talent from every generation will have to change with them.

At a recent Jersey Chamber of Commerce briefing on the Intergenerational Workplace, some of the Island’s employers and recruitment experts spoke about how organisations are changing.

“Generations are typically defined by notable events and shared experiences.” Matt Ebbrell, HR Director Jersey Financial Services Commission (JFSC), said. “For the Silent Generation (born before 1945) this was the Great Depression and WW2. For Baby Boomers (1946-64) this was things like Vietnam, or the Berlin Wall. For Generation X (1965-1976) perhaps MTV and the fall of the Berlin Wall. With Millennials or Gen Y (1977-95) it might be the War on Terror, or the rise of social media. For Gen Z, Centennials or the i-gen (1996+) there’s Uber, the Great Recession, and still the War on Terror.

“However, we have to be careful about stereotyping. Just because people are born within an age range shouldn’t mean we consider them the same. We have a lot of Millennials at JFSC and it would be rude to say they are lazy. It’s also wrong to say Baby Boomers can’t use tech – we attract a lot of older generations through social media. It’s about bringing it all back to diversity and inclusion for attracting and retaining staff.”

Carla Jost, Group Resourcing and Onboarding Manager, and Katherine Neal, Senior Counsel, Ogier, put the changes in the workplace in a socio-economic context.

“In the 21st century the class conflict seems to be defunct and its place has been taken by the generational conflict. Each generation has different psychological signifiers. Baby Boomers wanted their children’s lives to easier than theirs. Generation X is output focused. Millennials expect to influence outcomes. And Centennials or Digital Natives are tech focused and require several sources of stimulation.”

Figures from the Office of National Statistics (ONS) show the proportion of 16-64-year-olds will drop from 63.1% of the population to 57.7% from 2016 to 2046, meaning a smaller working age population will be contributing to economic growth. At the same time, as the number of 65+ rise from 18% to 24.7% a larger proportion of people will need support.

By 2015 there will be three times more over 60s in the working environment.

The population shift will create challenges for HR, promoting firms to consider how they can get more out the working population in the middle.

The JFSC has 131 full time employees with an average length of service of 5.55 years. Matt explained that the length of employment had dropped as the number of younger employees has grown and the number of people not staying as long as expected has increased.

“Boards have to accept people might not want to work in a company for 10 years”, Matt said. “In 2014 staff turnover at JFSC was 4%, from 2015 the turnover went up to 25% as staff were targeted by competition in the Island.”

Higher staff turnover means organisations need to get new talent up to speed with roles faster to extract value earlier.

To meet the demands of different generations, workplaces will have to become more flexible – with working hours and different career structures.

“People enter the workforce at all ages.” Carla and Katherine said. “We have to allow people to work collaboratively rather than competitively to ensure people expand their personal skills. Talented people are motivated by the same things, regardless of generation, and as we’re all fighting for the same talent we need to offer people these things to keep up.”

Organisations are recognising employees expect a greater work-life balance, something driven in part by Millennials.

“Millennials work to live not live to work.” Glenda Rivoallan, Founder Soulgenic, said. “True wellbeing is not fruit and Pilates, it’s about quality of life. Less than 10% of organisations have a wellbeing strategy, but in the past 12 months there has been a remarkable shift as businesses realise improved wellbeing of employees can lead to improved productivity.”

This corresponds with findings from a recent Kendrick Rose survey about the digital habits of Jersey professionals, which showed over 73% of employees would welcome it if their company introduced a policy preventing them sending or receiving emails out of office hours.

The Kendrick Rose Digital Detox Survey found 63% of Islanders check their emails out of office hours, but 52% of people believe they could do their job just as well if they didn’t.

“As growing numbers of younger people enter the workforce and develop their careers, organisations will have to adapt if they want to recruit the right people to take a business forward.”