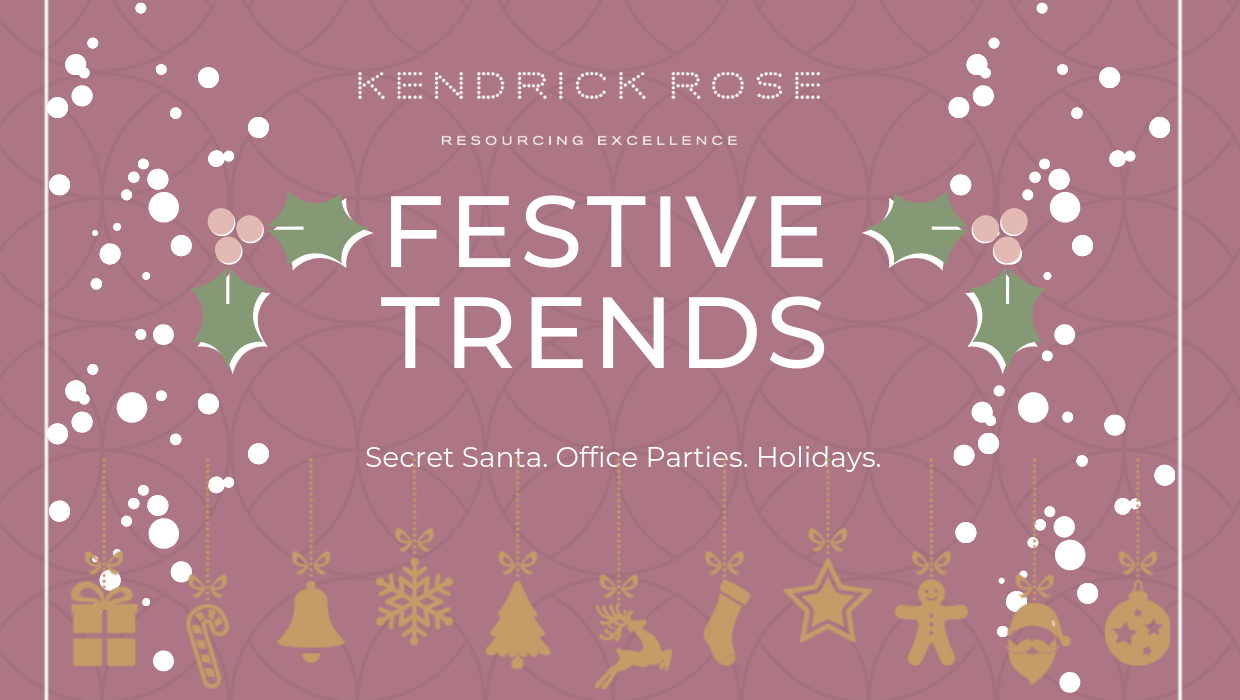 A survey of Jersey professionals found 99% of people get some form of festive event, with 71% having an office party, 18% having a team or department lunch and 10% having a team night out. Just 1% of those surveyed said their firm had a party outside the festive period.

Jersey firms are generous with staff too. 63% of firms pay for everything, while 16% make some contribution, and 8% pay for meals but not drinks. Just 13% of Jersey employees pay for their festive event themselves.

Staff enjoyment of office parties is stable: 63% say festivities are neither better nor worse than when they joined the company, while 22% think they get better every year and just 15% think they are getting worse. Interestingly only 15% of people said they would prefer cash instead of an event, while 63% would keep it the same, 13% would like a bigger event, and 9% would prefer a team night out another time of year.

Shelley Kendrick, Managing Director, Kendrick Rose, said: “You hear sometimes hear people sounding less than enthusiastic about their office parties, or about the festive season in the office, but when it comes down to it, people in Jersey really enjoy their office parties.

“It’s interesting to see that despite big changes in attitudes to festive activities by firms over the years to prevent inappropriate behaviour, it hasn’t impacted enjoyment of events. The survey results are very positive and show people get a lot of pleasure from their office parties and other festive activities, such as Secret Santa.

“People work hard all year and the festive season is a time to relax and share a nice meal with colleagues. Companies in Jersey generally recognise the value of rewarding staff in this way as it boosts goodwill on both sides and gives colleagues the opportunity to get to know each other outside the office environment, something that can improve team relationships.”

Most Jersey offices expect staff to work normal hours over the festive period, with 40% of people working regular hours between Christmas and New Year – rising to 60% for people in the Public Sector. Professional Services potentially get the best deal, with 75% of people surveyed in this sector getting time off if their office is closed, without having to use annual leave, while 58% of people working in Recruitment use annual leave for obligatory days off.

One of the biggest areas of difference between career sectors is the end-of-year bonus. 37% of people surveyed across sectors never get an end-of-year bonus, rising to 80% for Public Sector workers. Personal performance counts most for those in Marketing and Media, with 42% saying bonuses are contingent on personal performance, compared to 33% for Finance, with a cross-sector average of 24%. Bonuses depend on company performance for 75% of people working in Legal or Professional Services, compared to an average of 24%. The best sector for a guaranteed bonus is Recruitment – 29% of people surveyed always get a bonus compared to an average of 15%.

Shelley said: “The benefits staff receive over the festive period varies between sectors, just like any other time for the year. While 63% of people we surveyed might be expecting a bonus this year, there is quite an equal split between sectors where it relates to personal performance and those where it depends on company performance.

“Large firms that are part of global groups are also more likely to have a fixed policy on leave around the festive period, while smaller firms, that only have a Jersey office, can make a decision each year depending on when Christmas and New Year fall and whether it makes sense to open the office.

“Most people don’t choose careers on the basis of festive benefits, however, it all feeds into corporate culture, and when people are looking for new roles next year, knowing how a company looks after staff can help people work out if an organisation is right for them.”