According to research conducted on behalf of Citation 3 in 10 employees have unapproachable managers... 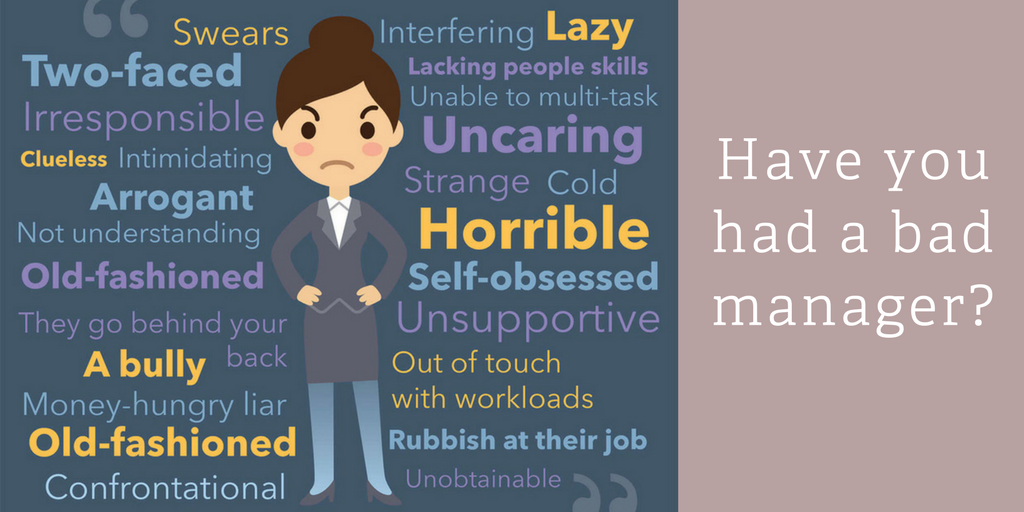 We have plenty of insight into the work culture and from our experience we witness a very high level of managerial candidates who are very happy and capable in the workplace.

Teams vary from place to place but generally work culture is based on team-work and common respect among colleagues. Generally, managers are well liked and well trained in their role.

However, it is perhaps surprising to learn, according to research conducted on behalf of Citation, that 3 in 10 employees have unapproachable managers.

Worryingly, the top terms used to describe bad managers are:

They make me feel uncomfortable: 33%

Employees aged between 18 and 24 are least likely to feel comfortable approaching their manager, and those aged 65+ are most likely according to the

Women were 10% more likely to be left feeling uncomfortable as a result of their boss.

Interestingly, employees aged 65+ were significantly more likely to label their manager as unreasonable than any other age group.

Those in the West Midlands were almost twice as likely to view their manager in a scary light, and 50% of employees in the North East described their boss as unreasonable – 11% more than the national average.

Today, there is little excuse for poor managerial styles. There are constant opportunities for personal development and management training through organisations such as JIBS, the Jersey branch of the CIPD and the IOD.

In today’s competitive market employees themselves are looking to climb the career ladder without stepping on people on the way to the top.

To discuss any issues raised in this blog please contact us for an informal chat.